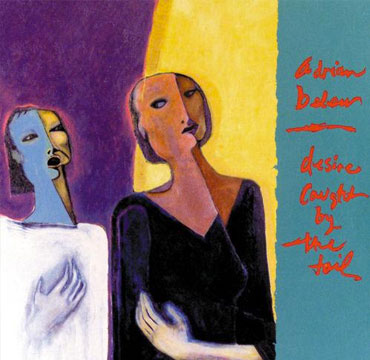 desire caught by the tail

the title is from a play Picasso wrote.

the first 3 tracks Tango Zebra, Laughing Man, and the Gypsy Zurna were written on a metal-bodied dobro (picture one). most of the drum sounds were made by playing the body of the dobro with rubber mallets.

the dobro was tuned to what I call the “dad” tuning. DADDAD

the sound of the laughing man was a toy I bought at Kiddy Land in tokyo. it came in a black bag. when you squeezed the bag the japanese man laughed. I no longer have the bag but picture two shows what was inside it. and it still works!

the most important instrument I used throughout the record was the Roland GR-700 guitar synthesizer (picture three). mine was sent to me by roland, directly from japan. it was such a new instrument they hadn’t yet written a manual for it! over many months time I wrote 200 different sounding programs with it. that was a big reason why I ended up making such an avant-garde record.

my GR-700 which I still have, does quirky things others don’t do. for example, if I plug a guitar chord into the expression pedal without plugging the other end INTO something, the synthe goes crazy and plays itself!! a good example of that sound is what you hear throughout track 7 called Guernica.

one “fan” who bought the vinyl record hated it enough to send it back to me. it had been smashed into pieces with a hammer!

but here’s an opposite response: this was the only record of mine I ever sent to Frank Zappa. shortly after that he was quoted as saying, “adrian re-invented the electric guitar.” go figure. 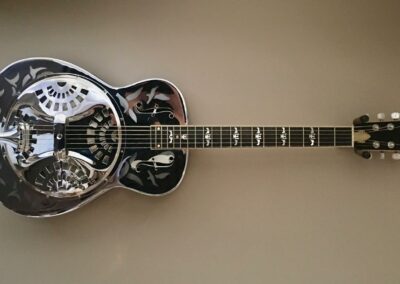 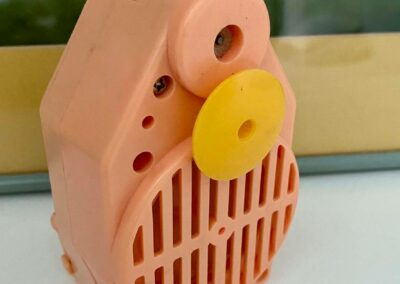 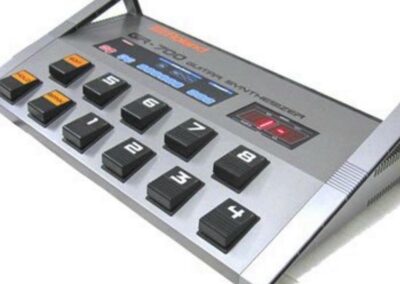