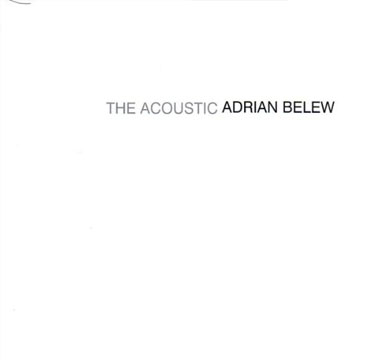 there were two main reasons for making this record; one business-related and one artistic.

business first: at this time my 3-year record deal with Atlantic Records had ended. following the release of my third record, the abysmal Inner Revolution atlantic saw no reason to continue. my soon-to-be-wife martha had begun to take an interest in my livelihood, i.e. the music business, and was shocked to see how very little of the money I earned ended up in my bank account! once she found out a record company only owns THE single performance that is on the record, she made a “radical” suggestion: why not do a different version of your own songs and re-release them?

the artistic reason: I have always produced my own records and I am happy with the results but even a simple production which adds multiple instruments or vocals can unwittingly obscure the song beneath the production. I wanted to show my songs in their original and simplest form, just as I wrote them: guitar and voice.

at this point I was putting together the bare bones of a recording studio and had a new engineer Noah Evens who was fresh out of recording school, eager, and brilliant. he moved into a small cottage behind the house I leased in Williams Bay facing Lake Geneva.

the Acoustic Adrian Belew was recorded in two days. I added two cover songs as reference points to my early influences as a songwriter: “Crying” from Roy Orbison and “If I Fell” from Lennon-McCartney.

with no budget and no record label I designed the simplest package possible in black and white with no photos or lyric sheet. years ahead of the DIY movement, we started our own boutique label Adrian Belew Presents, printed the records ourselves, and sold them at our shows and by mail order (soon to be our online store).

then a funny thing happened: we earned (and kept) more money than I had ever made before with the Big Record labels!! more than Lone Rhino, Twang Bar King, Mr. Music Head, Young Lions, or Inner Revolution!!!

none of this sounds radical at all today but in 1993 it certainly was. and what an eye-opener!

for those reviewers, critics, and fans who only know the Discipline record and insist my voice sounds like David Byrne, please take time to listen to this record. just sayin’.

musically there is nothing much new going on here (except Martha Adored) but it seemed to strike a chord with some of you, which surprised me because I was concerned about there being no crazy electric guitar stuff. but you were “kind to this vulnerable thing…the naked song.” 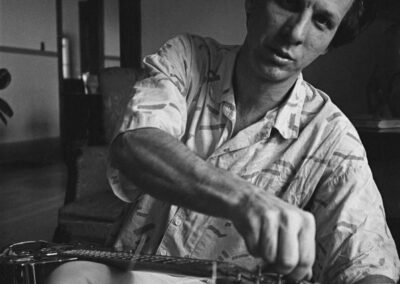